Delphine Diagnostics Inc., Bordentown, New Jersey, has been informed by the FDA’s Center for Devices and Radiological Health (CDRH) that its Notification of Intent to Distribute the Delphine PrecisQT™ COVID-19 Test Kit has been accepted under Section IV.C.2 of the FDA’s Policy for Coronavirus Disease-2019 Tests. Delphine PrecisQT™ is now listed on the following FDA page: Notifications and Emergency Use Authorizations: FAQs on Testing for SARS-CoV-2 | FDA.

Delphine is proud to have met the criteria for distributing its PrecisQT™ COVID-19 Test Kit while its Emergency Use Authorization (EUA) request is under review by the FDA. Delphine has worked with the FDA in support of Delphine’s current EUA review even as Delphine continues further clinical studies to expand validation of PrecisQT™ to include more laboratory instruments and more patient testing needs.

Included in the Delphine EUA request are studies demonstrating accuracy (inclusivity (including ability to detect new variants) and exclusivity (no false positives due to other infections)), sensitivity (limit of detection), lack of microbial interference (no false negatives due to co-infections), and clinical validation demonstrating agreement with qualitative findings by a comparator EUA-authorized test. A summary of these studies can be found in the Instructions for Use posted here: Delphine-PrecisQT_Instructions-for-Use_DDX101_ver_04.01.2021-.pdf (delphinedx.com).

The Delphine PrecisQT™ COVID-19 Test Kit is a real-time reverse transcription polymerase chain reaction (RT-PCR) test intended for the qualitative detection of nucleic acid from the SARS-CoV-2 virus in nasopharyngeal and oropharyngeal swabs from individuals who are suspected of having COVID-19 by their healthcare provider. Testing is limited to laboratories certified under the Clinical Laboratory Improvement Amendments of 1988 (CLIA), 42 U.S.C. §263a, to perform high complexity tests.

A Perspective on the COVID-19 Vaccine

For a country besieged for over a year by a virus that in addition to claiming over half a million lives, has also changed workstyles, dining, travel, civil engagements, education and national health practices, the US population, remarkable for their resilience, determination and facing up to the toughest challenges, appear to be seeing a light at the end of a long tunnel.

Apart from practicing fundamental changes to everyday living, the United States is seeking to achieve something higher- striving to return to a pre-COVID normal era. Fundamental to that endeavor is a multi-faceted approach, with vaccines being arguably, a major step. It is quite remarkable how rapidly research began to not only produce, but also test vaccines and then went further to render them safe and effective. According to the Centers for Disease Control and Prevention, vaccines from two major companies, Pfizer and Moderna have been authorized and recommended for use in the United states with at least three others in Phase 3 clinical trials.

With the American public beginning this exercise of getting vaccinated, there come many questions, one more relevant than probably many others, is addressed by the Director of the NIH, Dr. Francis Collins in his recent take (link provided below) on whether one dose of the vaccine is sufficient and whether a prior COVID infection affects the response to the vaccine.

In the last week of February, 2021, the FDA also appears to have granted emergency use authorization to Johnson & Johnson’s COVID-19 vaccine. One major difference between the J&J vaccine when compared to the other two approved vaccines is that the J&J type would only require a single dose

Is One Vaccine Dose Enough After COVID-19 Infection? 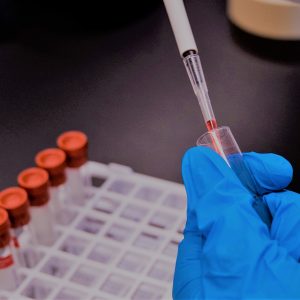 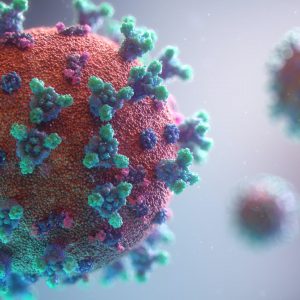 Changes to the SARS-CoV-2 genome—including some of those found in currently circulating variants—can negatively affect the detection of the virus by reverse transcription (RT) PCR, according to a study published on April 26 in the Journal of Clinical Microbiology. The researchers propose that mutations in the loci recognized by DNA primers may reduce the amplification of viral sequences and, as a result, potentially hinder the detection of the virus in samples from COVID-19–positive individuals.

This finding isn’t cause for full-blown panic, the authors say. “We thought maybe this could be more common than not. But it turns out, it’s actually fairly rare,” says coauthor David Wang, a virologist at Washington University. Wang and his colleagues recommend that diagnostic tests include more than one target to ensure proper SARS-CoV-2 detection. While a number of products already include multiple genetic targets, some COVID-19 RT-PCR assays authorized for emergency use check only one.

The primers used for RT-PCR assays were developed early in the pandemic, when the SARS-CoV-2 virus was first sequenced. Based on information about other coronaviruses, researchers designed PCR primers to amplify sequences in the viral genome thought to remain relatively stable. The approach has been used to great success, detecting SARS-CoV-2 in samples from nasopharyngeal swabs, saliva, and even sewage.

At Washington University, the molecular diagnostics lab of Barnes-Jewish Hospital has been using the Roche cobas SARS-CoV-2 test to process patient samples. It looks for the viral gene ORF1ab as well as the E gene, which encodes the envelope protein. For any given sample, these targets should take roughly the same number of PCR cycles to be detected, a value known as the cycle threshold.

“If you have a high value in one gene, you have a high value in the other gene—and vice versa,” says coauthor Bijal Parikh, a clinical pathologist at Washington University and the medical director of the molecular diagnostics laboratory. While most samples his team has processed have had similar cycle threshold values for the two targets, a handful strayed from the expected correlation: at times, the E gene wasn’t amplified to the same degree as was ORF1ab.

Despite this curious result, the tests still correctly identified SARS-CoV-2–positive samples based on the ORF1ab signal. To figure out what was going on with the E gene, the team sequenced a handful of viral samples. They found three samples had a common mutation in the E gene, one not present in any of the common variants now circulating in the population. The researchers propose that the mutation affects the binding of the PCR primer and interferes with amplification.

Unfortunately, they couldn’t confirm this hypothesis because the assay’s primer and probe sequences aren’t publicly available. The mutated site, however, falls within the sequence targeted by primers used in a widely used E gene assay developed by researchers at Charité – Universitätsmedizin Berlin in Germany.

Another study published in September in the Journal of Clinical Microbiology reported similar results, where mutations at a different site within the E gene sequence, targeted by the Charité primer-probe set, also interfered with RT-PCR in the Roche cobas SARS-CoV-2 assay. And in December 2020, Emily Crawford, a biochemist at the University of California, San Francisco, and colleagues reported in the Journal of Clinical Microbiology a related finding: mutations in the SARS-CoV-2 N gene, which encodes the virus’ nucleocapsid protein, reduced RT-PCR test sensitivity by interfering with primer binding.

“We are still learning about what are the most conserved regions of the virus and what are the least conserved,” says Crawford. “Until we really pin that down, we have to be on our toes, to be ready for a mutation to pop up anywhere.”

The scientific community needs more of these types of studies, says Chantal Vogels, a virologist at the Yale School of Public Health, who was not involved with the new work. She led a study published in July 2020 in Nature Microbiology that analyzed the sensitivity and efficiency of SARS-CoV-2 primer sets. The researchers found that a mismatch between one primer and its target sequence resulted in decreased test sensitivity.

The US Food and Drug Administration (FDA) has acknowledged that SARS-CoV-2 mutations could interfere with COVID-19 tests and continues to monitor variants and evaluate potential effects on diagnostic assays. The agency has also provided recommendations to developers to design tests so that viral mutations have minimal evasion, such as by including multiple genetic targets. The FDA also advises developers to watch for mutations that could alter test performance and clearly convey test limitations.

“From the very beginning, we’ve been keeping a very close eye on all the different variants,” says Palani Kumaresan, the head of research and development for Roche Diagnostic Solutions. At this moment, the company isn’t planning to change its test. The E gene signal is pan-sarbecovirus, the virus subgenus that includes both SARS-CoV and SARS-CoV-2. A SARS-CoV-2–specific signal comes from Orf1ab. “When we combine those two, we do not see any impacts,” Kumaresan says. Still, Roche is monitoring coronavirus variants for any reduction in performance and has launched a separate SARS-CoV-2 variant test for research purposes.

The US Centers for Disease Control and Prevention (CDC) regularly monitors the primers and probes for its COVID-19 diagnostic panel and multiplex test for flu and COVID-19, a CDC media representative tells The Scientist by email. CDC also actively tracks and characterizes coronavirus variants through genomic surveillance efforts.

“As long as the virus keeps changing—which is a natural thing—you just need to keep monitoring,” Vogels says. “Having these studies out there that look at that only makes our tests better.”